Tim Upton (19.12.1958-10.1.2018), who was one of my dearest friends and a truly gentle giant, died last Wednesday. I was so fond of Tim that I would like to do my best to try to express here some of what I learned from, and greatly admired about, my friend.

First and foremost for me, Tim was a really good man. He was always extremely kind to my family, and we loved to visit Tim and his wife, Andrée, with their son, Anthony, and daughter, Zoe, in Luxembourg, or invite them to our home in Belgium. 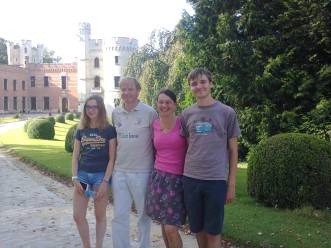 Out for a walk with Zoe, Tim, Andrée and Anthony Upton at the Nationale Plantentuin in Meise, Belgium on 10 September 2016.

Secondly, anyone who knew Tim well recognised quickly that he was an exceptionally learned and brilliant man. He loved Classics and History (especially Ancient History), and was a very talented and strong FIDE Master chess player. It’s not only because he once caught me with a trick, officially known as the “Noah’s Ark Trap”, that my mind is literally flooded with chess memories of Tim! You see, Tim was always a perfect teammate whenever we represented Scotland together, as he was so passionate and patriotic about playing chess for Scotland–and he was really good too!

In July 2016, I was with Tim in his original Scottish home city of St. Andrews, when the photo below was taken. 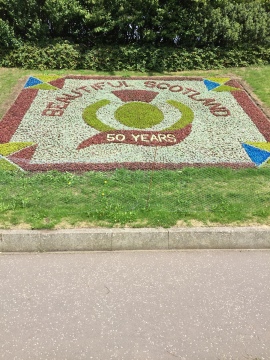 One of Tim’s great friends, ever since their school days in St. Andrews, is Helen Milligan (now resident in New Zealand), a Woman FIDE Master, chess author & coach, and a many-times women’s champion in Scotland, England, Asia and Oceania. Helen’s Facebook photo-album at www.facebook.com/heligan includes many nice pictures of Tim, and Helen has very kindly made the album ‘public’ so that anyone on FB will be able to see it and share it freely.

Following, in a moment, are some of the very many comments of high respect that have been pouring in from Tim’s other chess friends, with just a few extra details added by me. We all need more time to come to terms with the shock news of Tim’s death, and so I am mainly going to quote friends’ chess-related comments–because it was through The Royal Game of chess that we all got to know Tim–but I know clearly that we will all miss Tim most for the wonderful friend that he was. Also, everyone offers their sincere condolences to Tim’s family and friends.

“One of my lasting memories of Tim is when he defeated Grandmaster Vlastimil Jansa in Scotland’s 2-2 draw with eventual runners up, Czechoslovakia, in the 1982 World Chess Olympiad.”–International Master and 8-times Scottish Champion, Roddy McKay.

“Tim regularly played the Steinitz Defence Deferred (which is currently very popular among top grandmasters), and he used it to defeat GM Daniel King in a good game in 1982.”–International Grandmaster and 3-times British Champion, Jonathan Rowson.

“I looked through my database for games I played against Tim…his score was incredible, and the games were quite incredible too!”–International Master and two-times Scottish Champion, Stephen Mannion.

“Tim Upton played in the Oxford v Cambridge varsity match and in the Lloyds Bank Masters. He was probably the leading world expert on the rarely played Ponziani Opening, and used it to effect in his most notable game, his 14-move win against GM Amador Rodriguez in the Scotland v Cuba match in the 1980 Malta Olympiad.”–English chess master and writer, Leonard Barden. 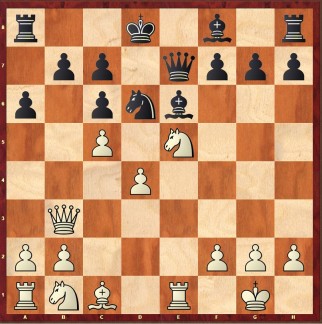 “Thanks to Tim for making me a Ponziani devotee, too!” “We kept in touch and met up most years at Christmas when we were both in St. Andrews.”–Former Scottish Women’s Champion, Alison Coull.

“Tim made an appearance at the 2017 Scottish Championships in Dundee. He intended playing in the Rapidplay event, but his flight was late. He turned up anyway to meet old friends.”–International Arbiter Alex McFarlane.

“Tim’s death is indeed a tragic loss for Scottish chess and a personal one for many, including me.”– International Master and two-times Scottish Champion, Craig Pritchett.

Tim was clearly greatly admired and respected for his skills, but even more than that, he was truly loved by his family and friends. 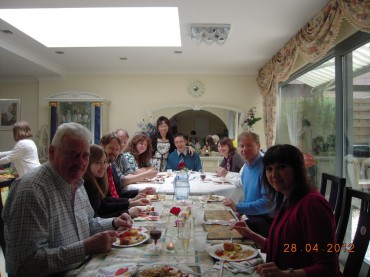 Pictured at my home, Tim is on the right, wearing the blue jersey.

One of Tim’s other loves was to support Hibs, his favourite football team, and he was passionate about football generally. International Chess Master and former Scottish Champion, Andrew Muir, recalls: “At one Olympiad when we were not playing in a particular round, Tim and I went to watch a football match together!”

On 16 April 2017, I received an e-mail from Tim entitled “Happy Easter and happy champions!” His cheerful message included the following: “Hibs clinched the Scottish Championship league title yesterday and consequently will be returning to the Premier Division, after three years in the relative wilderness! Also this month, my chess club, Bonnevoie, won the Luxembourg League for the first time in 15 years!”

Tim subsequently had the honour of captaining his team at the European Club Cup last October. I was not there with him on that occasion, but one of my greatest honours has honestly been to have had Tim as a wonderful friend ever since I first met him (and lost to him at chess!) way back in 1973 when we were schoolboys. I was at peace after that because of the kind and gentle way in which Tim helped me to understand and learn from my mistakes when we discussed everything.

Many years later, I learned that Tim and I also shared some interest in Mathematics. After he and Andrée had been to see the film The Man Who Knew Infinity, about India’s Srinivasa Ramanujan (22.12.1887-16.4.1920), one of the greatest-ever mathematicians, Tim wrote to me full of praise for the film. He also kindly let me borrow fascinating puzzle books and a beautiful book about prime numbers. He would certainly have liked me to share the following little puzzle with you…On precisely which date did Tim write to me and point out that, nine days on from then, his new age was going to equal the final two digits in the year of his birth?

Congratulations if you recalled from earlier that Tim’s date of birth was 19 December 1958. So, he turned 58 on 19 December 2016. It was nine days before then, that is, on 10 December 2016, that Tim wrote his Math message to me. Time really passes so quickly. Though I didn’t get the chance last month to celebrate, in person with him, Tim turning 5+9+5×9=59–one of Tim’s prime numbers–I will always be grateful for all that I did have with my dear friend Tim Upton, the gentle giant. 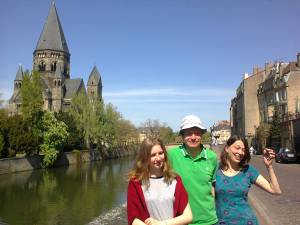 A family trip on Friday 6 May 2016 to Metz, France, with Zoe, Tim & Andrée. Tim is sporting the green and white colours of “Hibs”, his favourite football team!

What’s still really important for me and my family is to continue to be very good friends for all of Tim’s family. We pray, too, that God may give at least some gentle comfort to everyone through lots of the best, happy memories of Tim. 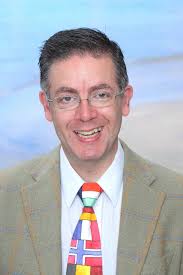 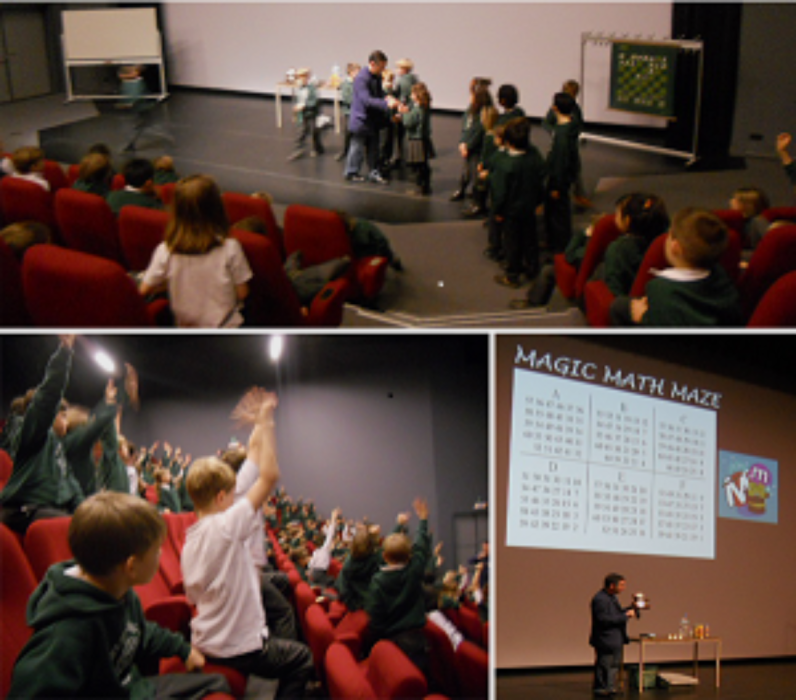